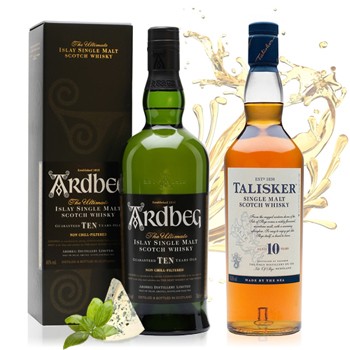 Here we are again visiting the wide world of whiskey. That’s right, like bourbon, scotch is a very specific kind of whiskey worthy of its own unique section. One of the most notable facts is that in order to call it a scotch it has to have been made in Scotland. But that isn’t the end of it, there are very specific guidelines for being called a scotch vs a whiskey even if it’s made in Scotland. The strict guidelines keep it set apart and have helped to create a unique and elite world of Scotch where one can get lost. To help you navigate it here are the very basics about the different types.

Single Malt Scotch – a scotch that is made at a single distillery and just malted barley.

Single Grain Scotch – a scotch that is made at a single distillery using cereal grains as well as malted barley.

Blended Malt Scotch – this is a mixture of two or more single malt scotches from different distilleries.

Why go blended vs single? Honestly this is all a matter of preference. Traditionally blends were made out of necessity, to balance out flaws in a batch with flavors from another as all batches age differently. As the distillery process has been perfected it is now largely used to create layers of subtle flavor profiles you can’t achieve in a bottle that has one single distilled product in it. While you can use any in a cocktail, purists will stick by sipping a fine scotch neat or on the rocks.

Maybe you’re in the mood for something else? Head on back to our DIY Cocktails page.  If you like what you see check out or blended scotch whisky gifts to the USA, or any other country, by following the link.