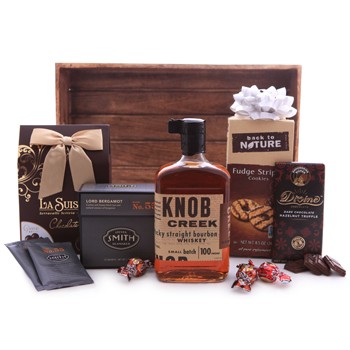 Bourbon, the spin America put on whiskey. Yes, that’s right, bourbon falls under the lager umbrella of being a whiskey HOWEVER it is unique enough in flavor and taste to stand on its own. In order to qualify as a bourbon, it must be made in the United States, aged in a new charred oak barrel for at least 2 years, and contain at least 51% corn. You don’t have to be an expert to realize that these rules are enough to make this a fairly exclusive club.

These rules don’t stop distilleries from making some truly unique blends. As a rule bourbon is a little smoky due to the charred barrels, and is often sweeter than its scotch or other whiskey counterparts. Because of these trademark flavor notes bourbon is as good sipped as it is mixed in a DIY Cocktail.

Bourbon is a liquor that may be intimidating for some to work with, with it’s bold scent, and even bolder flavors it can be hard to figure out what to mix it with your very first time. Stick to recipes if you’re a novice, but if you want to experiment here are some rules to keep in mind:

Cold cocktails are easier to drink than room temperature. If you haven’t chilled your liquor beforehand make sure you use a shaker to really get your cocktail nice and cold. If it’s a carbonated drink add your carbonation at the end, or poor it over ice and let it sit a moment.

Substitutions are tricky.  While Bourbon may be a whiskey, you can’t sub it out for just any whiskey you have on hand and expect the same drink. Expect to have to make a few other adjustments especially if you’re using a rye whiskey which is far less sweet than bourbon.

On the rocks does not count as water. While ice may water down your drink a bit, unlocking smokey notes, and presenting new depth to a particularly complex bourbon, it doesn’t mean you’re hydrating. Seriously, make sure you drink some actual water between cocktails. A fully hydrated pirate is one less likely to suffer a hangover!

If you want to check out other liquors go on back to our main DIY Cocktail page, and If you want to send bourbon gifts to Canada, or any other country, follow the link to our shop!